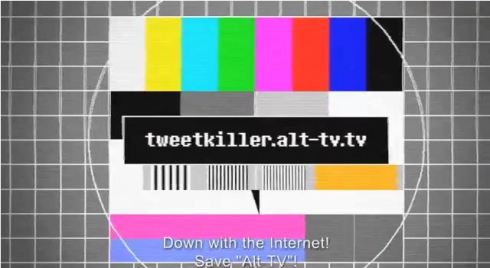 So the boss of Alt TV, Gordon Barto creates an online platform to engage people with different funny actions and ultinaltely save Alt Tv .

One of those actions is the Tweet Killer. A lethal machine that scans Twitter and shreds all the tweets about Vodafone TV. The machine is live streamed and the user can tweet and see his message shredded live.

shorten the distance has never been so easy.